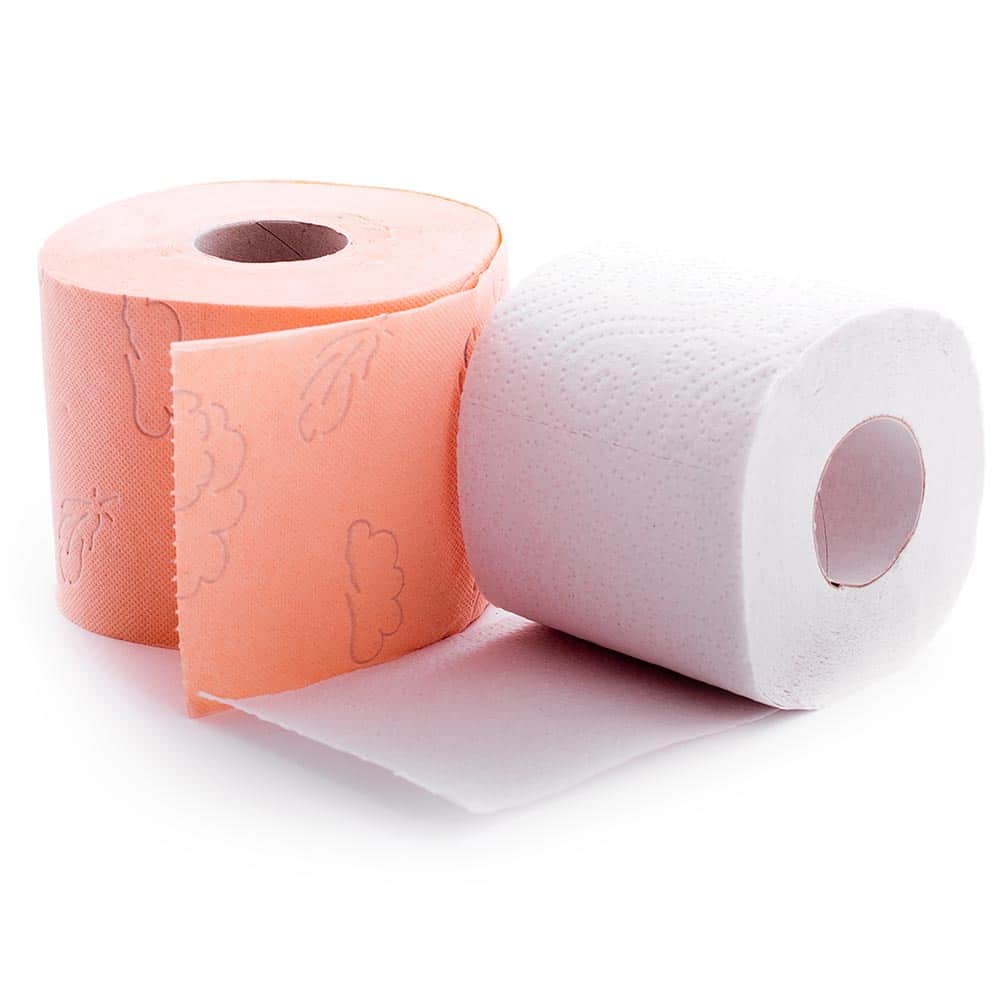 Diarrhoea is defined as stool that occurs more than three times a day, is increased in volume, and/or is thin (runny). You can read about who is affected and the possibilities for diagnosis and treatment here.

Diarrhoea is determined by stool frequency and stool texture. Stool frequency varies significantly with age; an infant can pass stool 5 times a day, but once every 5 days is quite normal. Many of those affected are convinced that they have diarrhoea - but a thin or loose stool does not justify the diagnosis of "diarrhoea". The prerequisite is that stools of reduced consistency (ie. not formed, but rather thin) passed several times a day - at least three times - accompanied by a strong urge to open your bowels, usually stool weight and volume are also increased.

Almost a third of the population gets diarrhoea every year, but only a small proportion of those affected seek medical advice. More than 2 million children worldwide die every year from diarrhoea, often caused by infections (i.e. from bacteria, viruses, fungi or parasites). 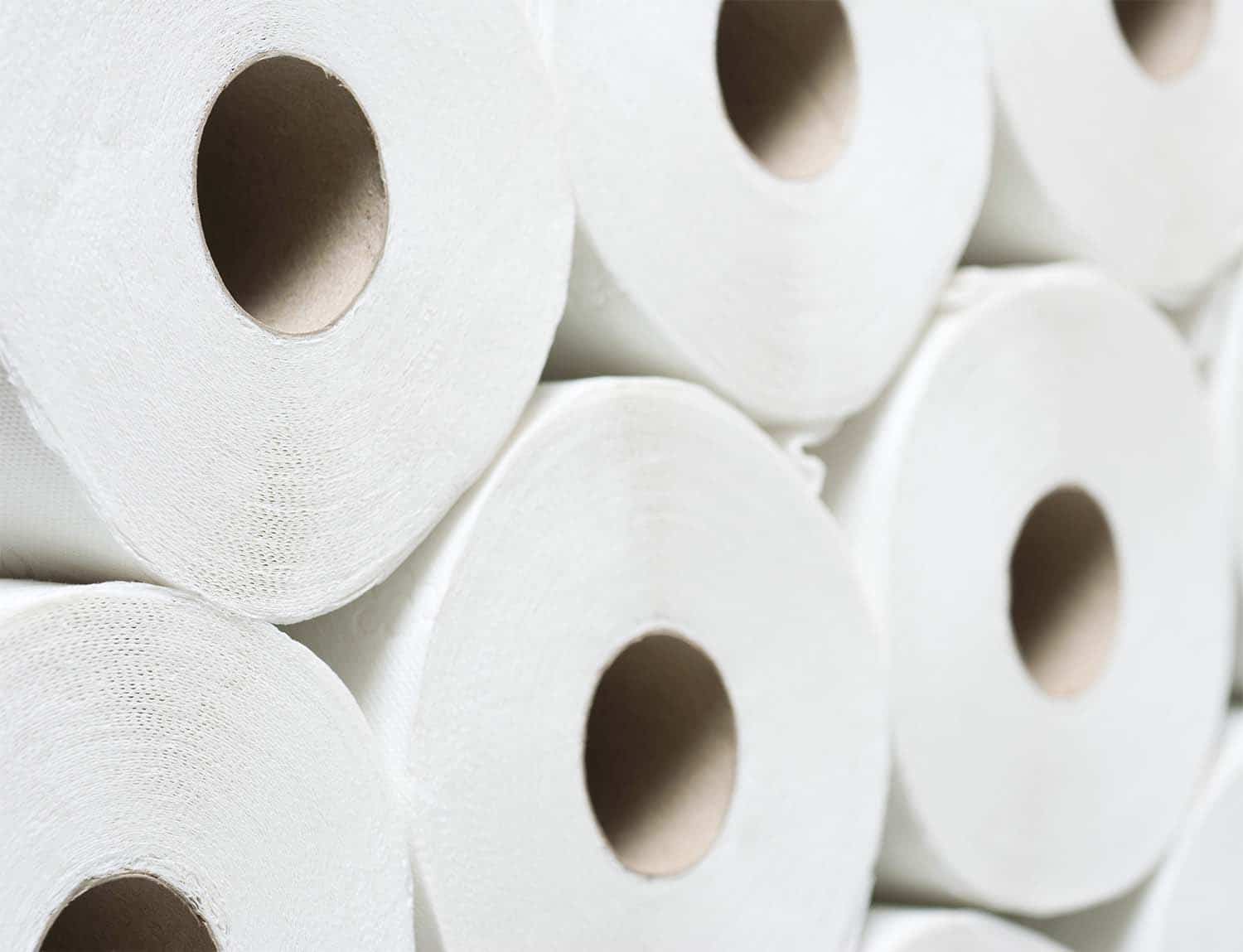 What are the symptoms of diarrhoea?

Diarrhoeal diseases are usually accompanied by nausea, vomiting and a loss of appetite. Colic pain and abdominal cramps (see also "flatulence") can also occur - such as with the so-called stomach flu or with a gastrointestinal infection. The intensity of the symptoms depends on the respective pathogen, as does the length of the time interval between infection and the appearance of the first symptoms. As miserable as those affected feel, they are usually back on their feet quickly. One or two days of bland food and bed rest and you are generally fit again.

However, some people struggle more with the symptoms. Severe diarrhoea and not drinking enough water can lead to serious dehydration. Severe dehydration can be seen on the skin, the skin folds remain visible after pushing together. Urine output also decreases. The urine is noticeably dark and concentrated. Affected people feel increasingly sleepy and dizzy, they are threatened with circulatory problems and kidney damage. Babies, toddlers and children in particular, as well as the elderly, are at acute risk due to the loss of fluids caused by severe diarrhoea.

If diarrhoea lasts for longer than three days and is so severe that the patient becomes noticeably weaker, a doctor should be consulted. Due to the significant loss of water and minerals, diarrhoea can be life-threatening, especially for children, those weakened by other illnesses and older people. Severe abdominal pains, a high temperature, repeated vomiting and blood in stools and a suspicion of poisoning are alarm symptoms which require clarification by a doctor.

Types 5, 6 and 7 of the Bristol Stool Scale show the typical stool consistency in the case of diarrhoea. 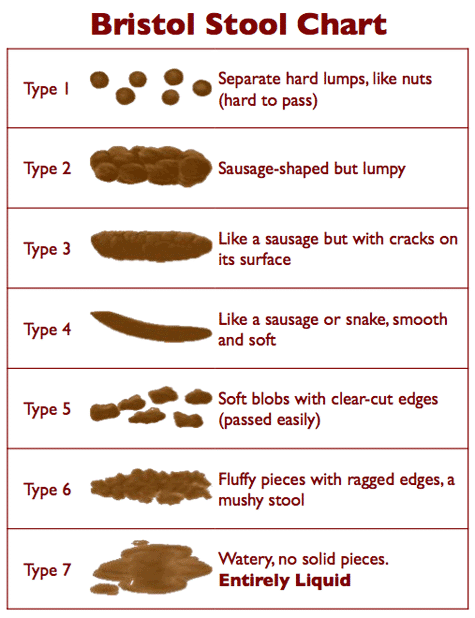 Diarrhoea is not an illness in itself, but a symptom that can be caused by a wide variety of infections or conditions. Doctors distinguish between acute and chronic diarrhoea:

In principle, however, not every colonisation of the intestine with bacteria is an infection. The bacteria flora is part of the normal ecosystem of the digestive tract and it protects us from infections and harmful germs. Taking antibiotics can impair this protective function, therefore leading to diarrhoea.

Complications such as infant dyspepsia; diarrhoea in infants is a sign of a nutritional disorder and should be carefully monitored and medically accompanied, as this can quickly lead to a life-threatening condition in the infant. This can occur, for example, when switching from breast milk to infant formula or follow-on formula.

What triggers loose stool? When does diarrhoea become dangerous for children? How to gently treat a baby's tummy? And: What to do if the diarrhoea is caused by antibiotics? 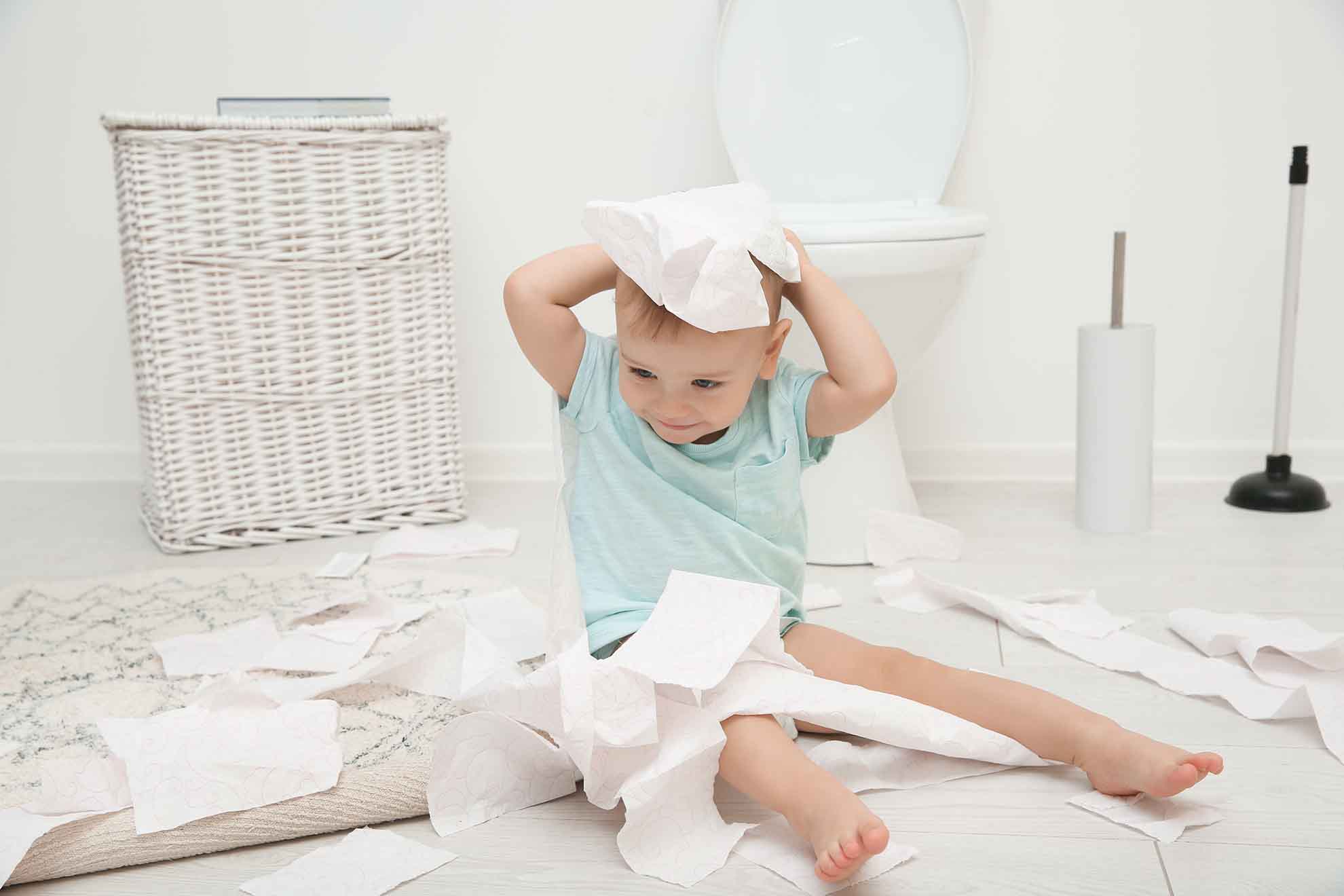 How can diarrhoea be diagnosed?

When visiting the doctor, you will be asked about your medical history and your symptoms. The doctor will discuss several points with you.

After discussing your problems, a physical examination may be carried out during which the doctor looks at the anus and feels and listens to the abdomen. A stool sample can provide information about digestive disorders and problems with the intestinal functions. In addition, the stool is examined for hidden (occult = invisible) blood. The blood count, thyroid hormones, and electrolytes such as sodium, potassium, and calcium are analysed in the laboratory.

If the symptoms occur acutely, they are accompanied by weight loss, fever, tiredness and/or blood in the stool, serious illnesses can be behind the diarrhoea and it is essential that further medical clarifies the underlying cause. In addition to an examination (Fever? Stomach pain? Colic?), Medical history (Nutrition? laxatives?) and examination of the composition of the stool, in the case of chronic diarrhoea, imaging procedures such as a colonoscopy will also be suggested by the doctor to establish the diagnosis.

Other possible diagnostic measures of diarrhoea:

How to treat diarrhoea

Diarrhoea is uncomfortable and you want to get rid of it as soon as possible. There are many causes; Acute diarrhea is often caused by spoiled food (“food poisoning”) or viral (bacterial) infections. Diarrhoea is a also side effect of taking certain medications and taking antibiotics. If diarrhoea persists for a long time, a doctor must be consulted. Chronic intestinal inflammation, metabolic diseases, or food intolerances may be the cause.

What to do in case of acute diarrhoea?

Bloodroot, psyllium, blueberries, and chamomile are particularly recommended from herbal medicine. Humic acids also have a detoxifying effect and, in addition to probiotic multispecies preparations, support the regeneration of the intestinal mucosa.

Diarrhea during vacation - what to do?

We need probiotic bacteria in high numbers in our gut, as only they can ensure that our body can process the food we eat correctly. If the diversity of the gut flora is reduced by taking medication, then the fermentation or putrefaction processes begin, which influence the intestinal activity or also lead to increased fluid excretion and, through toxins, to increased permeability of the damaged intestinal mucosa. Probiotics with highly active bacterial strains can lead to a normalisation of stool frequency, regeneration of the damaged intestinal mucosa, and an improvement in stool consistency. Stress, which promotes peristalsis in the gut and additionally has a harmful influence on the balance in the intestine, should be avoided. Diarrhoea is often a symptom of irritable bowel syndrome, which is triggered among other things by stress.

Butylscopolamine can help with abdominal cramps. However, you should not take this without a doctor's prescription and for no longer than a few days.