The term „Dementia“ includes a group of diseases in which affected people have a limited mental function concerning memory, orientation, speech, perception and the ability to learn. Dementia affects about 1,5% of 65-69 year-olds and the risk of developing the disease rises radically with age. Alzheimer’s is the most common neurodegenerative disease in the ageing population and is responsible for about 60-70% of all dementias. 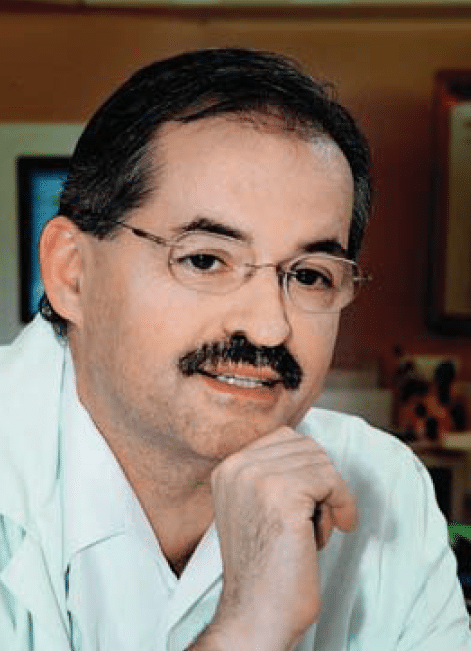 The probability of developing Alzheimer’s disease rises with age, but other risk factors include obesity, high blood pressure, Diabetes, mental inactivity, lack of social contacts, smoking, lack of movement, a bad diet and depression. The disease was named after the Doctor Alois Alzheimer, who first documented the characteristic changes in the brain of a patient with dementia back in 1906.

In Alzheimer's dementia, nerve cells die in certain parts of the brain. In addition, the transmission points between the nerve cells, the synapses, are lost. However, we need intact synapses so that information can be passed on and processed without problems. The messenger substance acetylcholine is also needed for the transmission of information. This is produced in special nerve cells, which die off in Alzheimer's patients. Consequently, too little acetylcholine is produced, which disturbs the processing of information and leads to memory loss.

The role of the gut in Alzheimer's

The exact cause of Alzheimer's has not yet been researched, but there is increasing evidence that the so-called gut-brain axis plays a central role: These two organs communicate with each other in several ways, e.g. through direct nerve connections, but also via immune messengers, signals from the gut microbiome and gut hormones. New studies also show that the gut microbiome even partially regulates the transmission of information (neurotransmission) in the central nervous system.

Clinical research confirms: If the intestinal barrier is disturbed (Leaky Gut), bacteria and their metabolic products can move from the intestine to other parts of the body and cause harmful effects (bacterial translocation). Leaky gut is detected, among other things, by determining calprotectin in the stool, with elevated levels indicating a disturbed intestinal barrier. In a clinical study, the stool of 22 Alzheimer's patients was analysed, and calprotectin in their stool was 73%, far above the norm (> 50 mg/kg). This supports the hypothesis that faecal calprotectin indicates a leaky gut, which leads to unnoticed ("silent") systemic inflammatory processes - ultimately also in the brain. 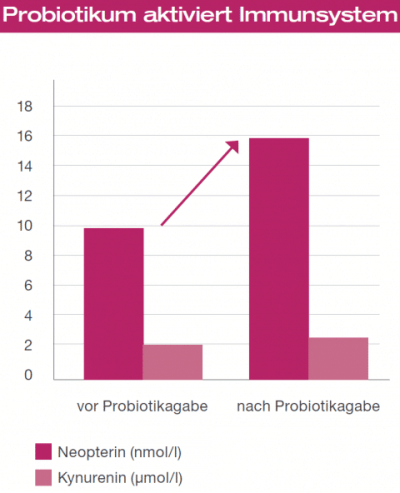 After 28 days of probiotics, an increased activity of the immune system (against inflammation in the body) was observed in the study participants.

Recently, at the Kepler University Hospital (Linz, Austria), 55 patients with cognitive deficits were examined to what extent a probiotic can have a positive influence on inflammatory processes in the body.

At the beginning of the study, stool and blood samples were taken from the patients to determine the composition of the intestinal flora as well as different inflammation parameters. This showed that the inflammation levels in both stool (measured by the marker S100A12) and serum (neopterin) correlated clearly with each other, and in addition, an increased value for CRP (C-reactive protein, rises in inflammation) was found without clinical evidence of inflammation. Together, these results point to "silent inflammation" as cofactors in the development of dementia.

Subsequently, the participants received a probiotic with nine scientifically tested anti-inflammatory bacterial strains for 28 days. After completion of the probiotic intake, stool and blood were analysed again: This showed a significant increase in neopterin and kynurenin - both markers that indicate increased activity of the immune system (fighting inflammation).

This current study provides the first evidence that probiotics can have a positive influence on inflammation in the body in Alzheimer's dementia and cognitive deterioration. These results need to be confirmed in larger-scale studies to clearly confirm the effectiveness of probiotics in dementia. In addition, the prevention of dementia through probiotics is a future field of research: it may be possible to delay or even prevent the development of dementia in the future by strengthening the gut microbiome.

*Prof. Dr. Friedrich Leblhuber is the emeritus head of the Department of Neurological-Psychiatric Gerontology at the Wagner-Jauregg State Hospital for Nervous Diseases and is now a practising specialist in neurology in Linz.

The intestine is at the centre of medical and scientific interest - or more precisely, the trillions of bacteria that colonise it. With increasing research into the microbiome, it is becoming clearer and clearer what a central role intestinal bacteria play in our health and in the development - and thus also the treatment - of diseases. 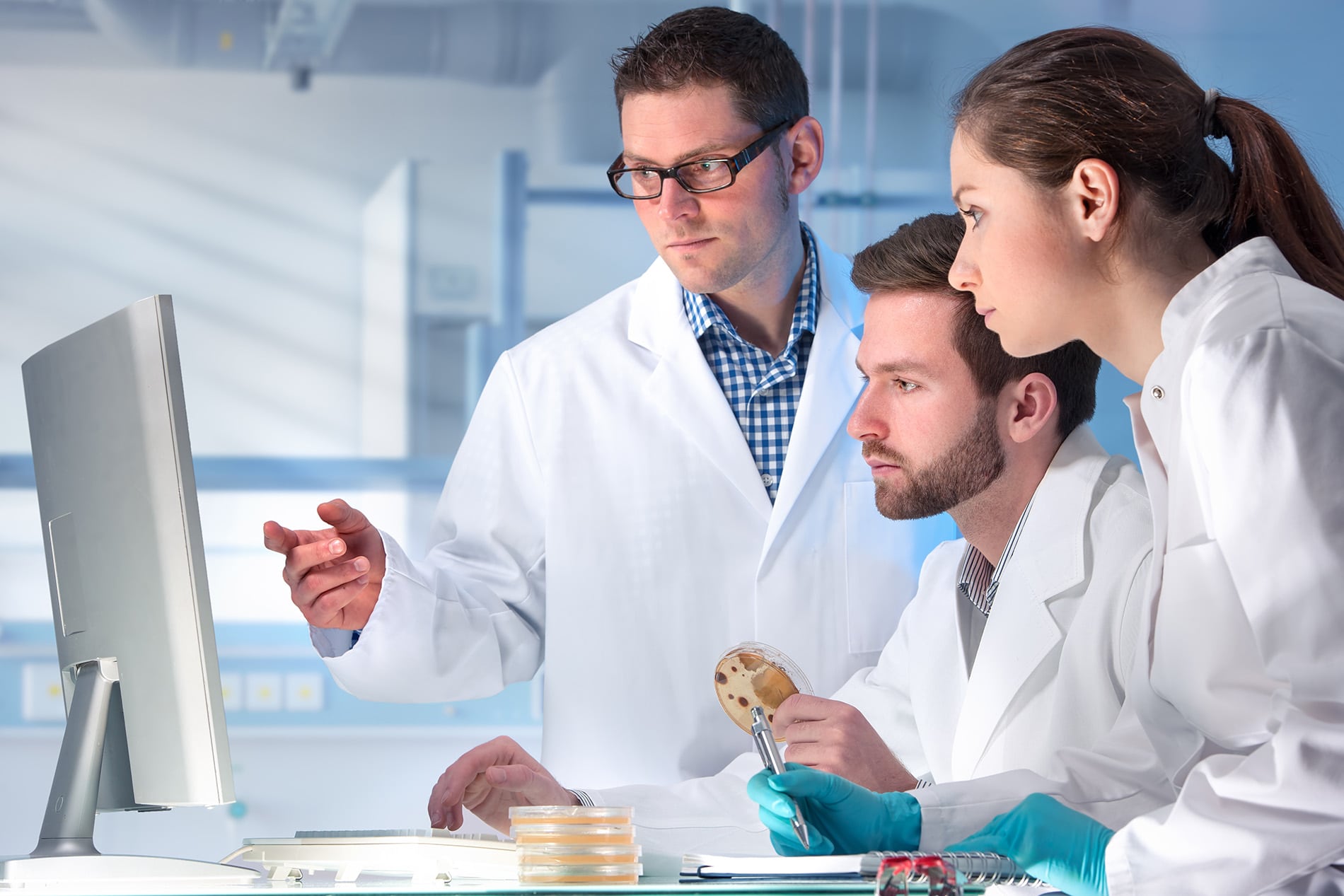